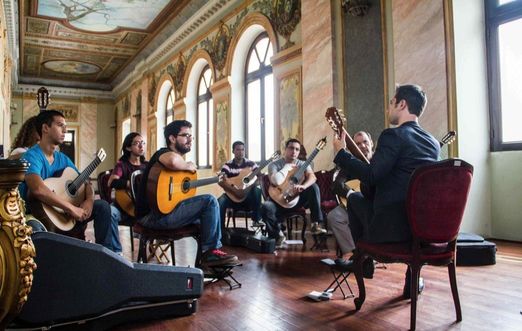 "There is something to be said about wanting to learn from the best. If you want to learn classical guitar from the best in D.C., Piotr is certainly one of them."
CBS Local 2013

ABOUT THE DIRECTOR:
"Piotr is one of the bright lights of the younger generation of classical musicians, a player of tremendous skill and sensitivity."
Classical Guitar Magazine 2016

As an instructor, Piotr has given masterclasses to young professional guitarists in Central America, Europe and the U.S. After being an instructor at Maryland's International School of Music, he began his faculty position at Strathmore's Institute for Artistic Development. Students from Piotr's studio have won national and international level guitar competitions and have regularly gained entry into America's top music schools--the Peabody Institute at Johns Hopkins, Oberlin, New School of Contemporary Music in New York, and Berklee College.